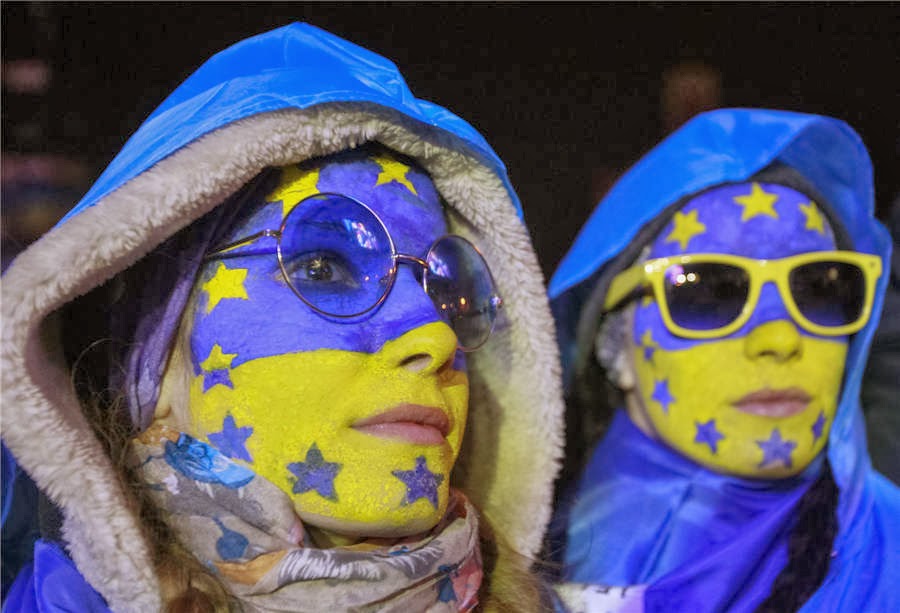 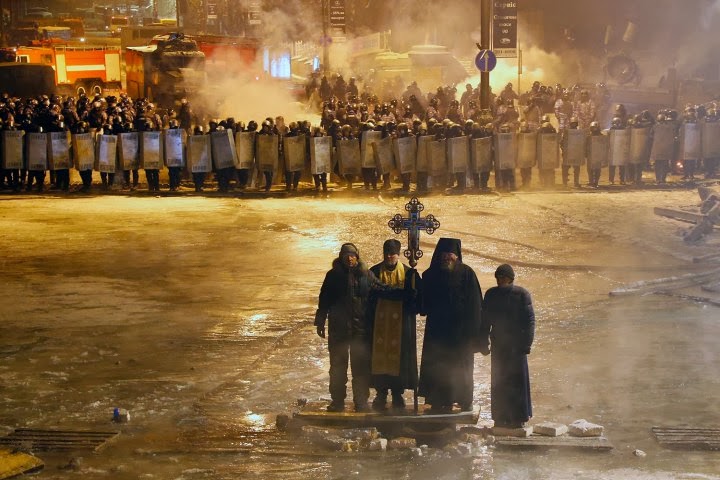 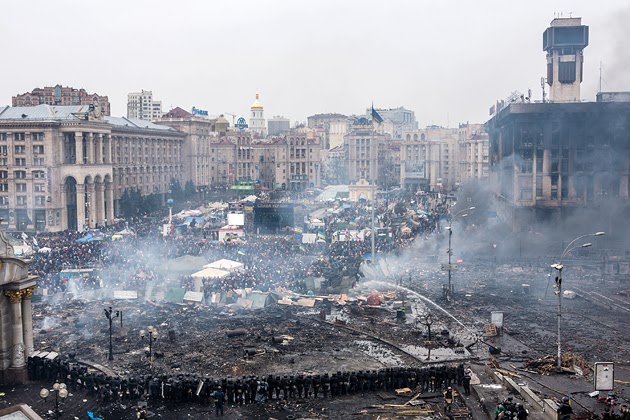 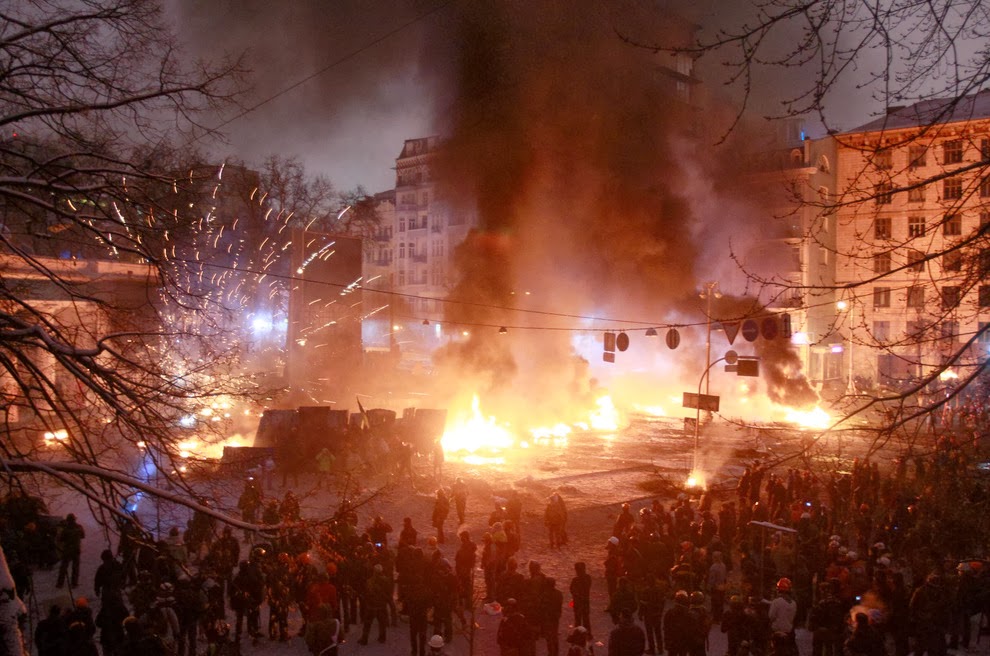 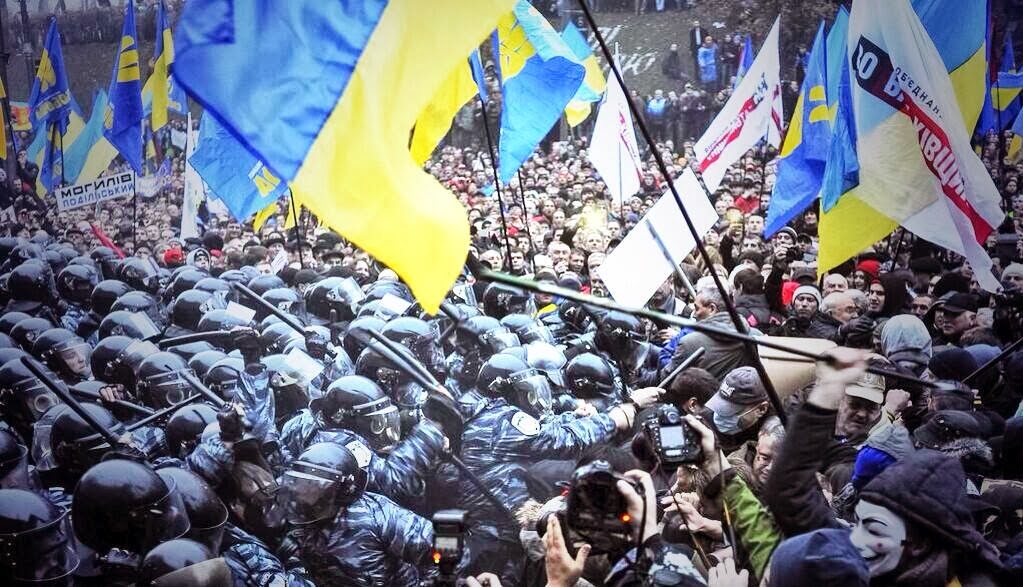 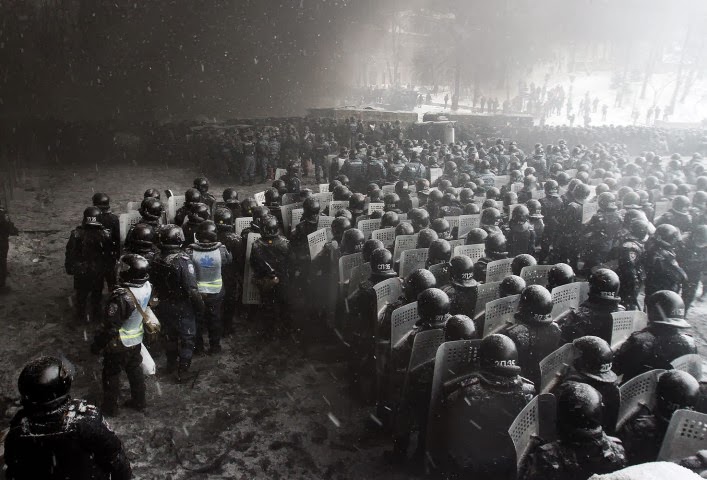 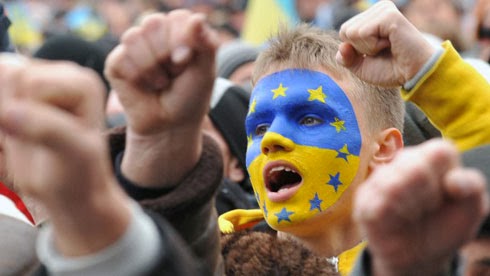 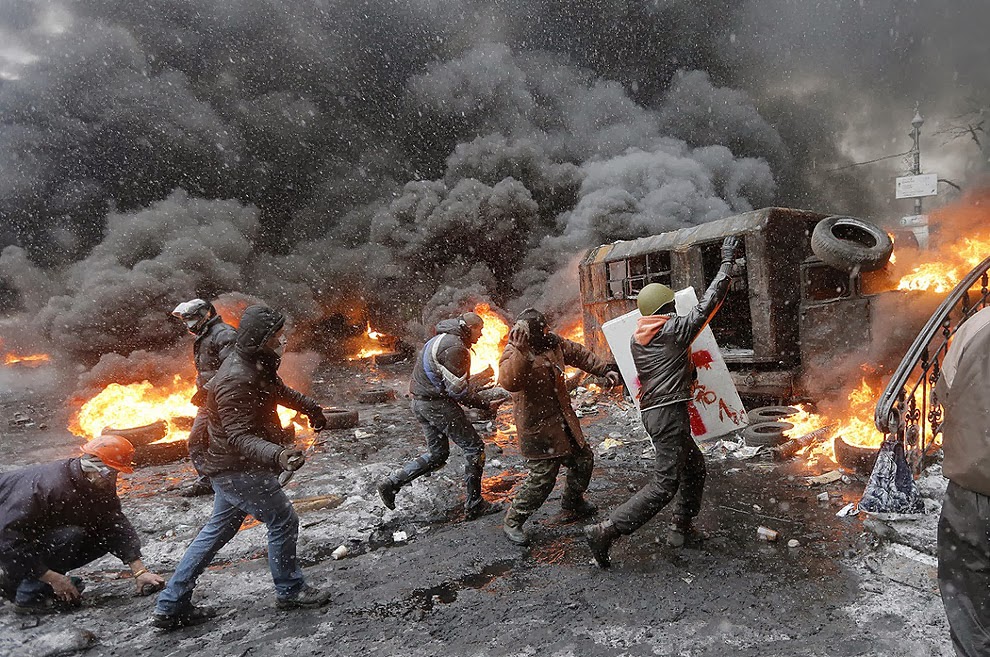 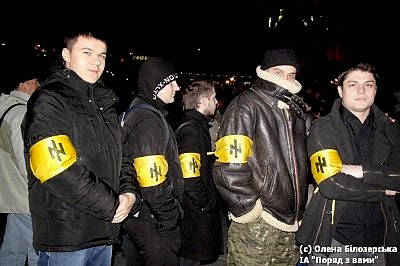 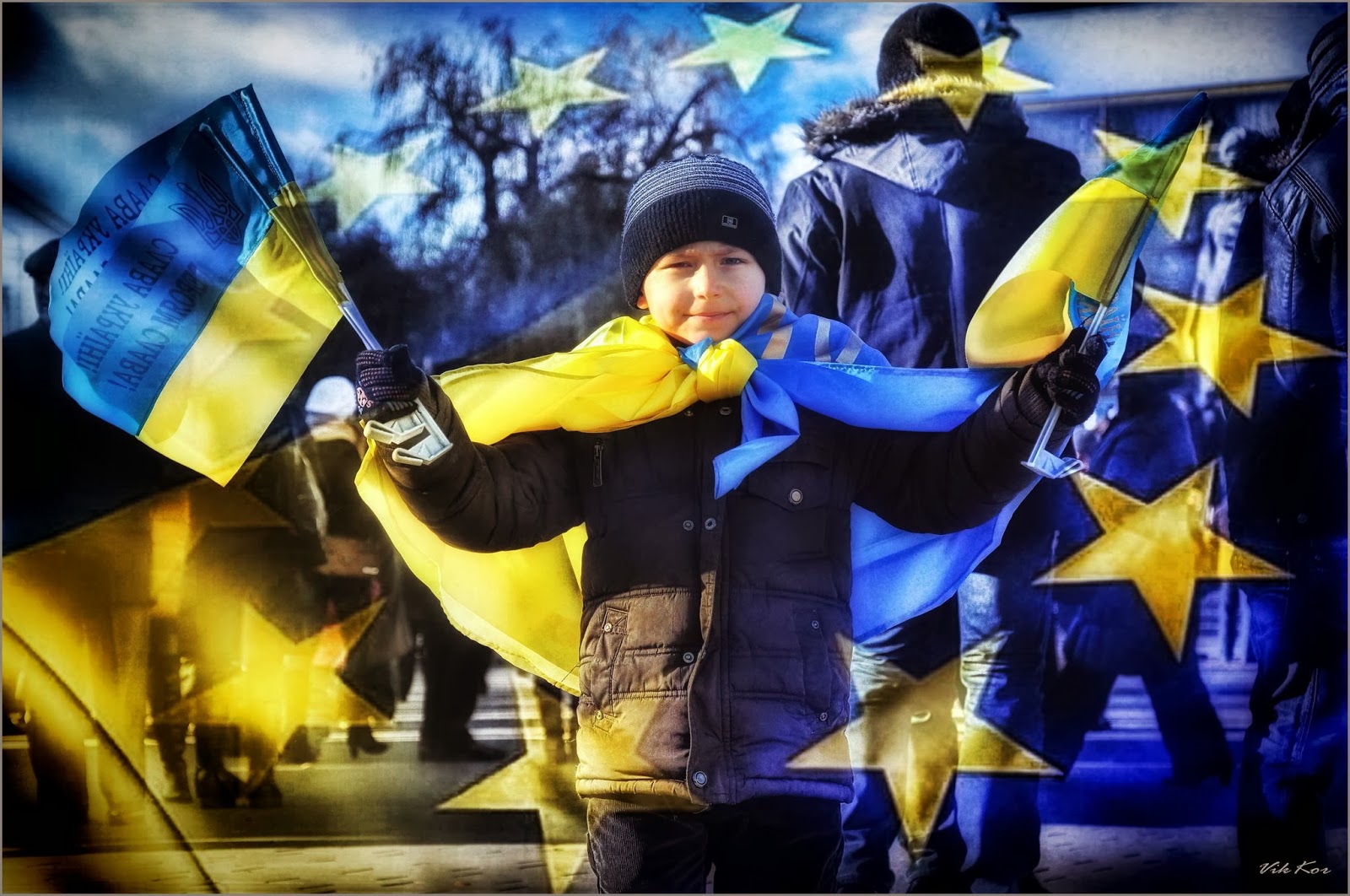 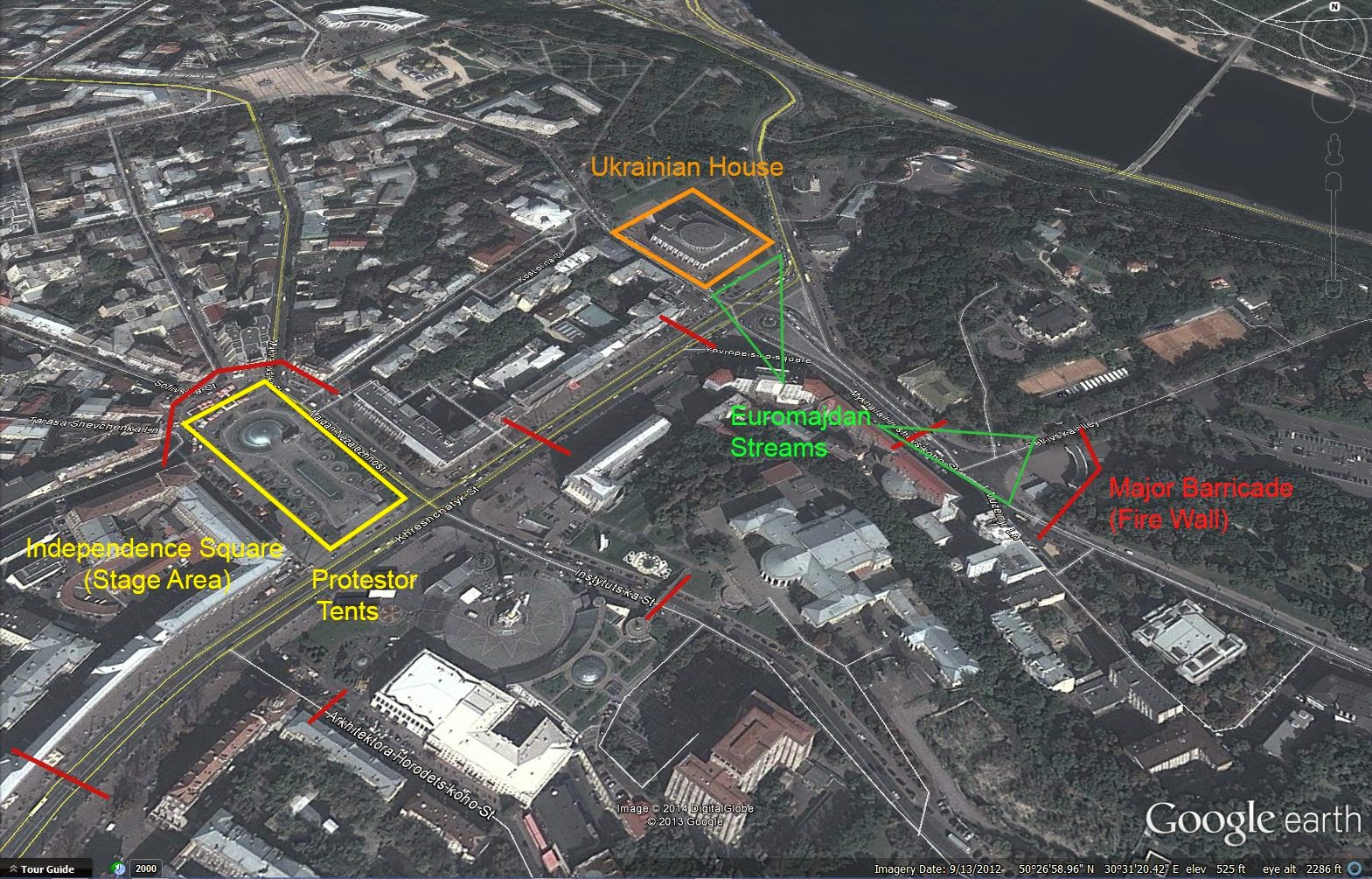 Asheville Fm radio, based in western North Carolina, aired a fascinating interview with an anarcho-syndicalist named Denys, from the Autonomous Worker’s Union in Ukraine. In the interview, Denys debunks many of the myths surrounding the Euromaidan protests in Ukraine, and explains motives behind the stories and propaganda being circulated around the protests.

Why is the Free Association Agreement with the EU (which would mostly benefit the ultra-rich oligarchs of Ukraine) deliberately being construed as actual integration? Ukrainian leaders backed off from signing it at the last minute. Meanwhile, Russia is trying to pull Ukraine into her Customs Union by offering Kyiv a deal for promised purchases of billions of euro of Ukrainian products, and a 30 percent discount on Russian Natural Gas.
Denys explains that when the protests broke, the political class of Ukraine was taken by surprise. However, the opposition, a coalition leaning towards far-right (with fascist Svoboda being the most visible of them all) quickly regrouped and turned the street into their PR machine. The opposition had massive demonstrations in their plans, as fascist Svobodas leader declared in an interview in March 2013. Evidence emerged of the opposition leaders plans to overthrow the current government with the financial and political support of Germany’s conservative Angela Merkel, the EU leaders from Brussels, and with visible support of the United States, whose envoy, conservative John McCain was the guest star of the Euromaidan.
Two months after they started, Euromaidan protests started to wane, despite being forcefully encouraged by the conservative political elites and governments of Europe and the United States. These protests have been controlled by the politicians who took over the Kyiv City Hall, and in this video, we can see a neo-nazi white pride Christian cross, proudly displayed by the opposition in their “Revolutionary HQs,” the City Hall of Kyiv which they occupied earlier in December.


It’s hard to say who is more desperate – the government or the opposition, but the latter announced they would focus on the upcoming presidential elections, due in 18 months, though it’s not quite clear what candidate they’ll support. Fatherland sided with the ruling Party of Regions of the current president Viktor Yanukovych in backstabbing Vitali Klitschko, most likely to make room either for their man, Arseniy Yatseniuk, or for the leader of Svoboda, Oleh Tyahnybok (or maybe for Tymoshenko for whose release from prison, the West makes huge pressures).
Klitschko, already promoted by the conservative leaders of Europe as their favourite, announced he would run in the March 2015 presidential elections, a month before the Euromaidan.
However, Svoboda’s leader exposed their plans to take over Kyiv in a March 2013 interview which a month later was followed by street protests which failed to call for early elections for the mayor of Kiev, which would have led to the ousting of one of the allies of President Viktor Yanukovich from a powerful post.
7 months later, the opposition used the street protests against the government to gain power in Ukraine. The results have been very fruitful for the Svoboda party. On January 1st, the Svoboda party led a march of over 15,000 nationalists to celebrate the birthday of long dead nazi collaborator Stepan Bandera.